I've been involved in dance for many years. I became a professional dancer in my late teens. My era of come-uppance was the late 70's and early 80's which is right around the time that street dancing was really becoming popular. Movies like "Breakin'", "Beat Street", and "Flashdance" were the "You Got Served" of the Day. Breaking and b-boy culture was exploding on the streets of New York and popping and locking were emerging on the West coast. There was no such thing as "America's Best Dance Crew". The original dance crew (Rock Steady Crew) was just forming. 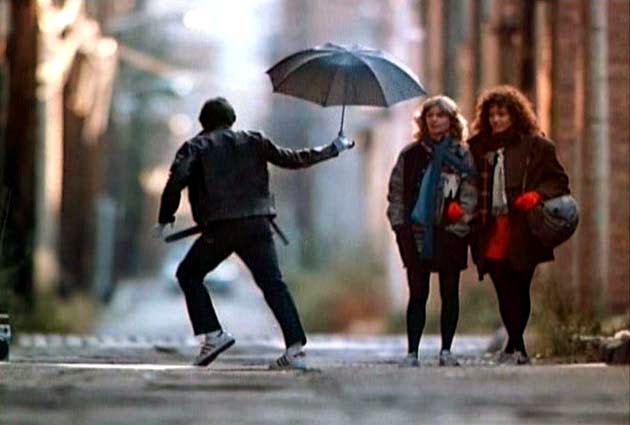 I started off as a jazz dancer, but the first job I was hired for was with a street dance troupe called "The Dancin' Machine" out of Los Angeles. I performed the jazz for the Flashdance number. I didn't know anything about this other dance world. I did, however, love funk dance as much if not more than the lyrical stuff. I liked it and wanted desperately to learn how to do it.

In those days, you couldn't go to a dance studio and take a "hip hop" class. Some of the teachers that I gravitated towards in Los Angeles (like the legendary and influential Billy Goodson) were definitely mixing street styles in to their jazz classes, but there were no official classes in urban dance. There were no options to take B-Boy 101 or urban grooves (I've actually seen classes called this). In order to learn, you had to hang out in the neighborhood, go to the clubs, or find a way to get in with the social scene connected to it. You had to watch from the sidelines and practice at home until you were brave enough to throw it down in public. The only way to learn was by osmosis, experimentation, lots of watching, and practice. There were no videos on YouTube.  It was an interesting culture since many of the creators and originators were very protective of what they were doing. They didn't want you doing their moves… they would consider you a "biter". However, I do believe that the art form was expanded by dancers just free styling from the heart and battling or watching each other. Everyone influenced each other whether they like it or not. The collective soul of the dancers is what created the styles.

The hip hop movement back in the early 80's was a cultural thing especially in the Eastern US. Manhattan, Brooklyn, and the Bronx were leading the way because it was part of the culture of kids growing up in that era. This culture included more than just breaking or b-boying, but emcee skills, graffiti, music, and dance were part of the whole story.  Rock Steady Crew is the original crew in my book.
http://www.inthecypher.com/forum/topics/the-rocksteady-crew-biography 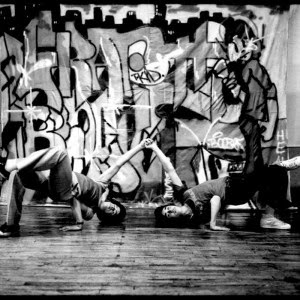 The best history I've come across on line is from one of the pioneers… "Mr. Wiggles". His web site has a ton of information regarding the history of urban dance and hip hop culture. He has definitely done his research as well as lived much of this story. Check it out here: http://www.mrwiggles.biz/hip_hop_dance.htm

Dancers today are so fortunate to have so much access to education in any dance style they want. You can do an online search for dance and find just about anything. The history of street dance is a rich one and one that needs to be told. Now it is being told through those who lived it and are still sharing it today. I can only hope more writing will become available and video documentation regarding hip hop and it's dance origins.
Cool site with lots of products regarding street dance history:
http://www.cypherstyles.com

Here are a few more interesting links regarding various urban dance and it's history:
Very brief but fairly accurate:
http://dance.lovetoknow.com/History_of_Hip_Hop_Dance
My favorite site regarding locking and the Lockers:
http://www.thelockersdance.com/main.html

Posted by Desert Star Dance at 9:15 AM No comments: